In those punk band days, some hardcore thinkers had a secret agenda. Wanting to kill Molly Meldrum, bomb Premier Harbour/Mushroom Records and, of course, Telecom. Some were trying to get laid, drinking warm beer, being fashionably paranoid. It’s hilarious and shameful to think 20 years later all we really wanted to do was write jingles or even outrageously worse, a rugby league anthem just to meet the meat heads of Australian television – alas, for some of us, that must have been true.

The Perth live music scene was a great way to get over the week that was. To attempt to be cool…to care about ourselves a bit…even though we were naïve, sad suburban babies, a bit like vampires, who in the light of day, just shrivel up or go to sleep in an empty casket. Not me, I was surfing…

At the time there were a desperate few people in the scene who wanted to be recognised as the style authorities. I for one, as an artist, had no shame. I chose to be a representative of the new style – my band The Cheap Nasties, then The Manikins, were a bit like that. We were the freshest band in town. Sorry we weren’t spitters, angry enough, drunk or junky enough, rhythm and bluesy enough…sorry I didn’t have a pull before going on stage, sorry to be an original.

As a devout hedonist I only live to express myself…like my other loves, surfing and oil painting, Rock n Roll is one of the most dangerous and immediate forms of expression available to the young and so I jumped on it without hesitation and I loved it till I got too old to go on stage…that point seems to be lost on all the has-beens of Australian rock…

It is amazing how much of our spirit and energy went into pushing our shit up a giant unappreciative Australian hill. Oh for the want of the digital age – how different things would have been…

Looking at it now… where was the ABC? I thought its agenda was to nurture Australian youth’s cultural identity… where was it in the 70’s and 80’s? All those conservative vested interest culture funding bodies are such a wank and waste of tax money…STILL!

It is hilarious to think how seriously to the core we all were. Well done to everyone who jumped on board the Punk train, we made a big difference to that dull little town and so I want to thank Kim for giving me the opportunity, to Neil for being an absolute gentleman and intellect (there is nothing wrong with existentialism as long as it’s French), thanks to Mark and Ken who were brilliant and exactly what you wanted every rhythm section to be…straight! Always on time and dependable. To Faulkner and Bradley, you are the same, I hope you finally unravel your collective insanities and find peace…cheese anyone?

Short Bio:
Robbie Porritt went on to front The Bastinados in Melbourne after splitting from the Manikins. He currently lives in Queensland, where he surfs, paints and…well, that’s where the info runs out! Further bio details will be added if/when they come to hand. In the meantime, feast on these Manikins pics (recently scanned and emailed through by Robbie). Exclusive to the perthpunk site! 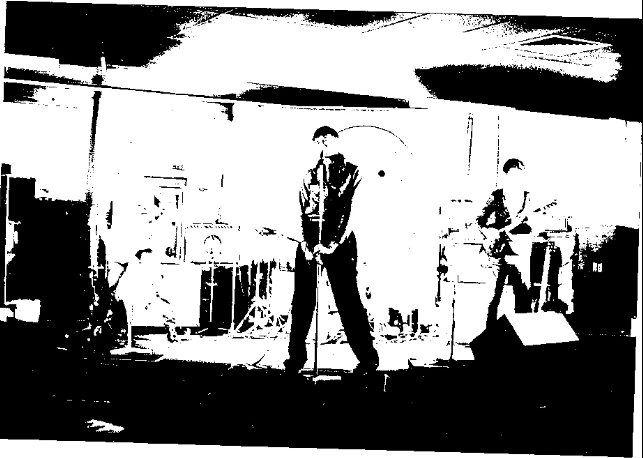 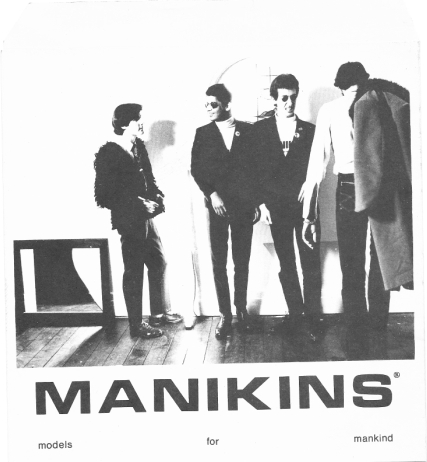 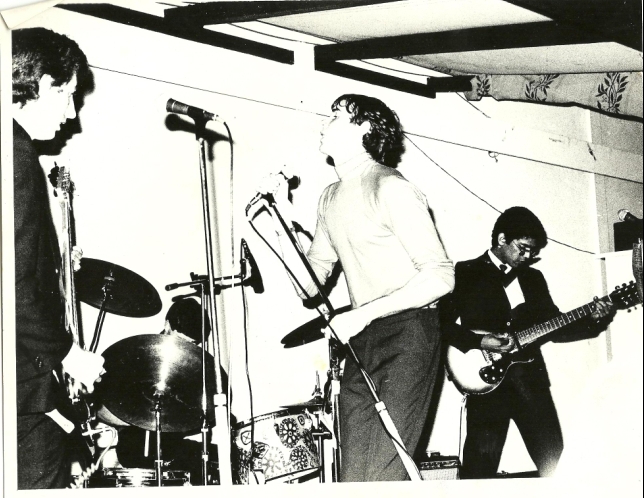 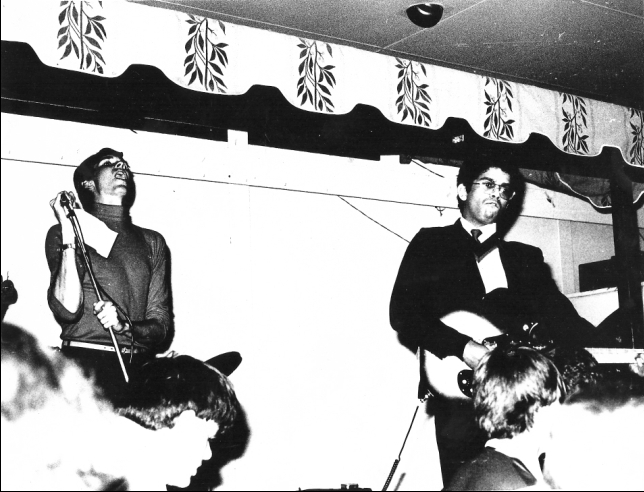 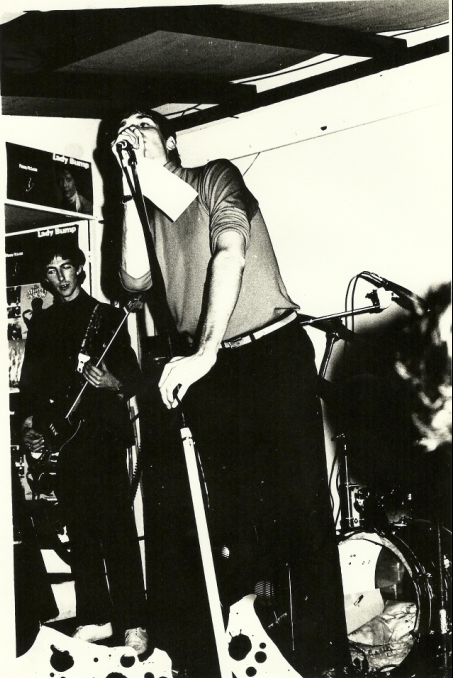 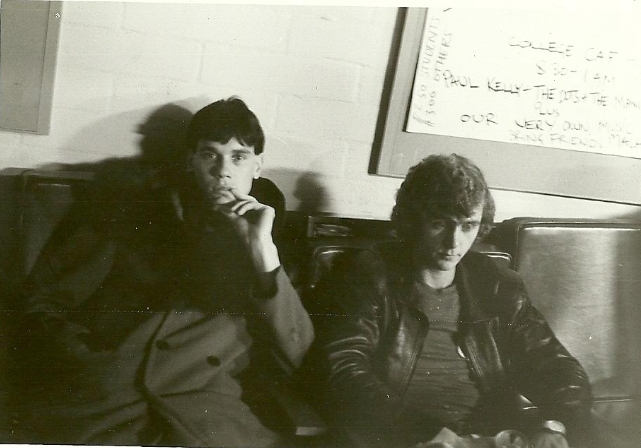 Robbie Porritt with Dave (Rudolph V) Cardwell of The Victims – “bored out of our minds” at Canberra Uni, 1982 (?) 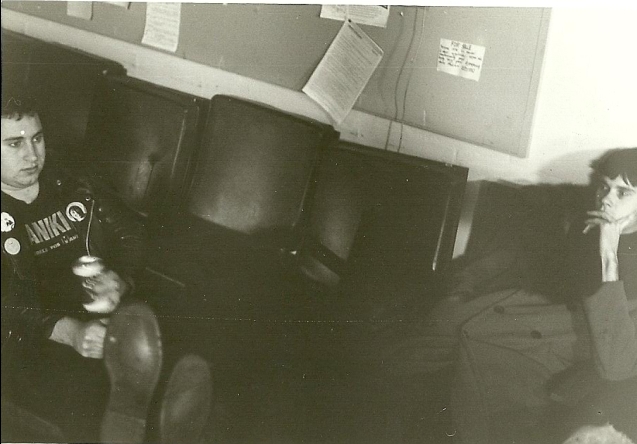 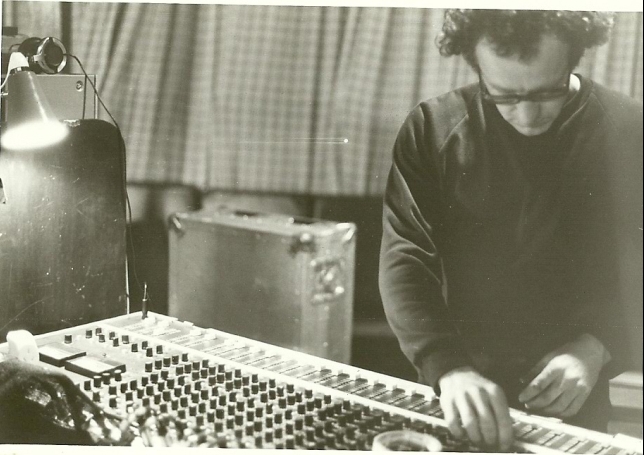 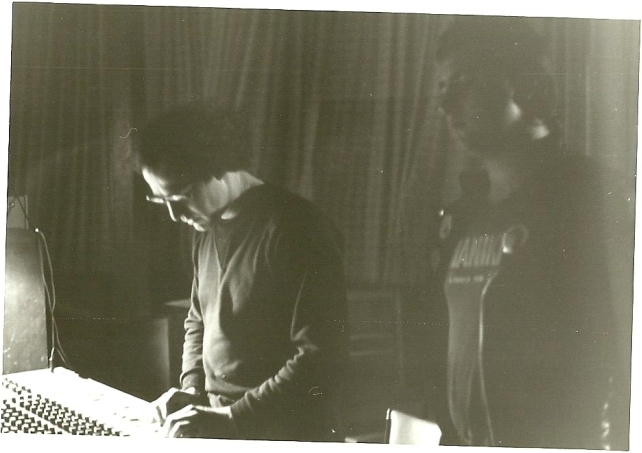 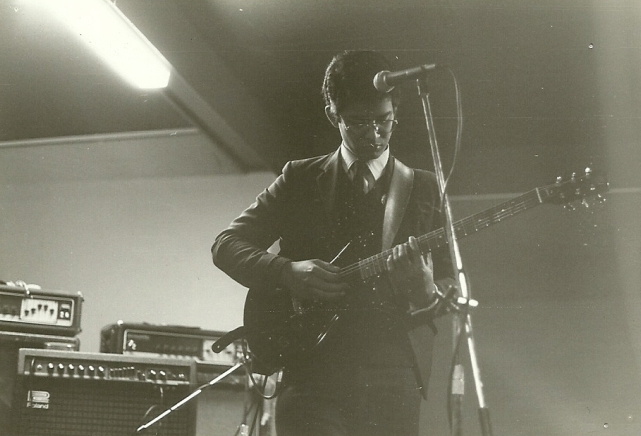 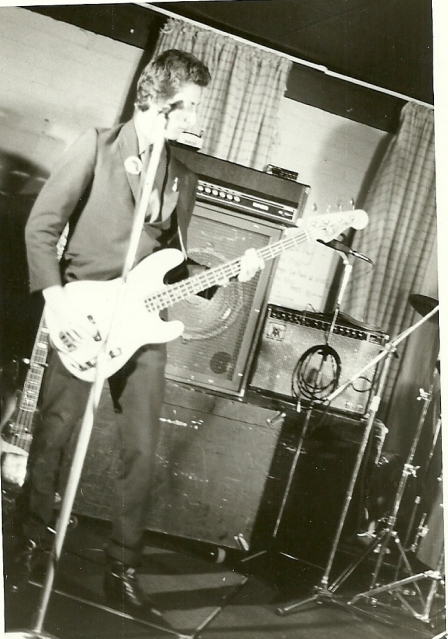 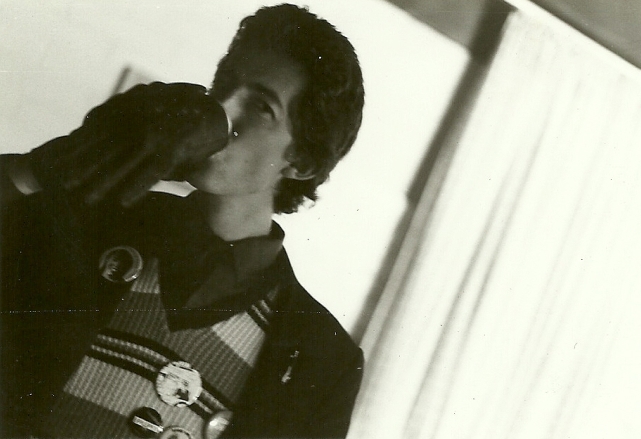 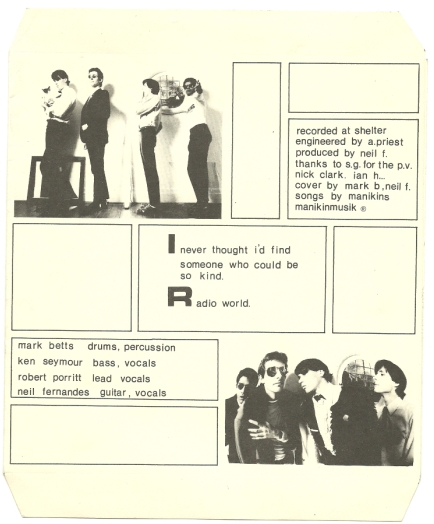 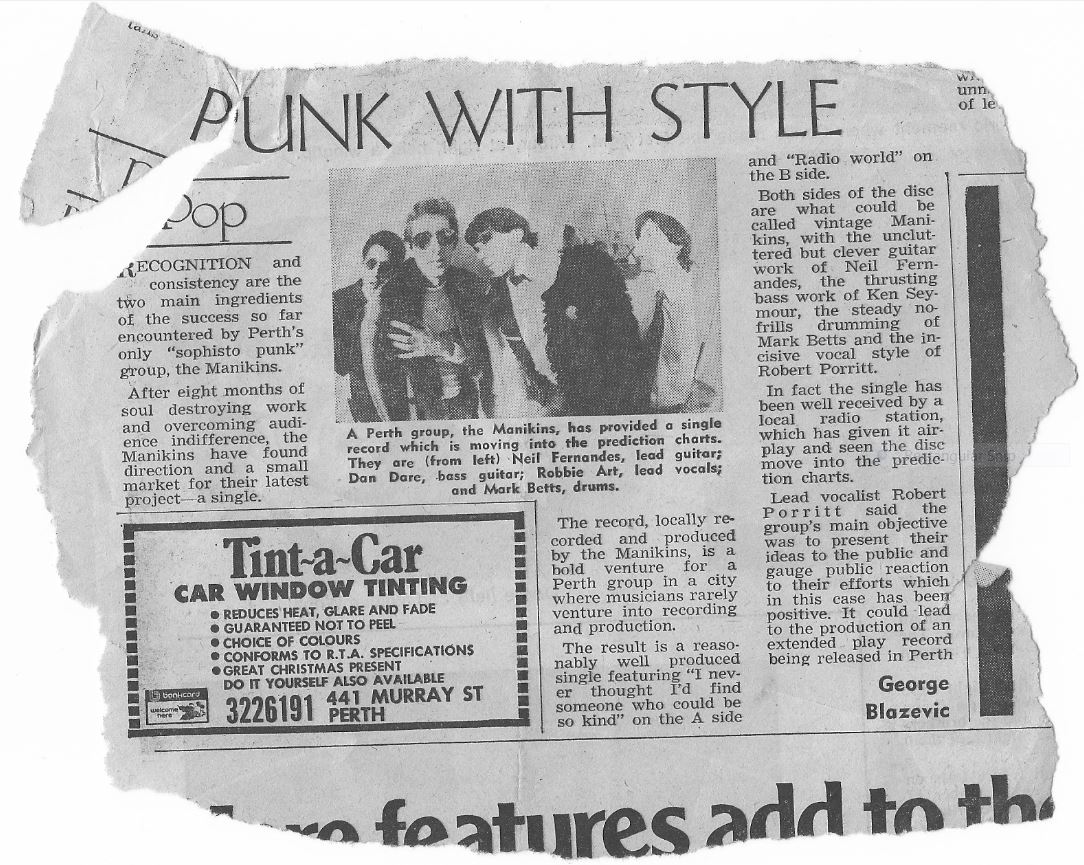 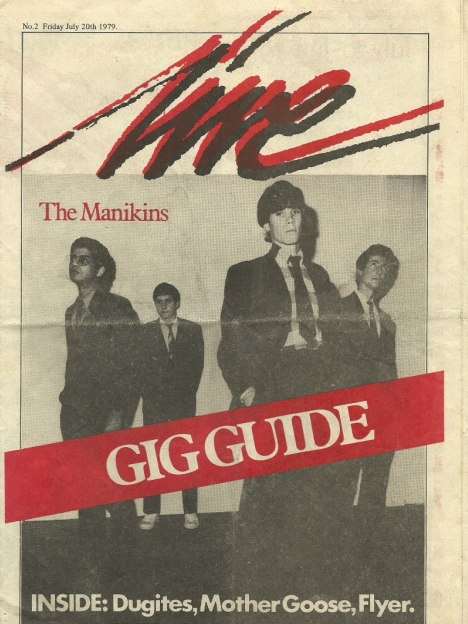 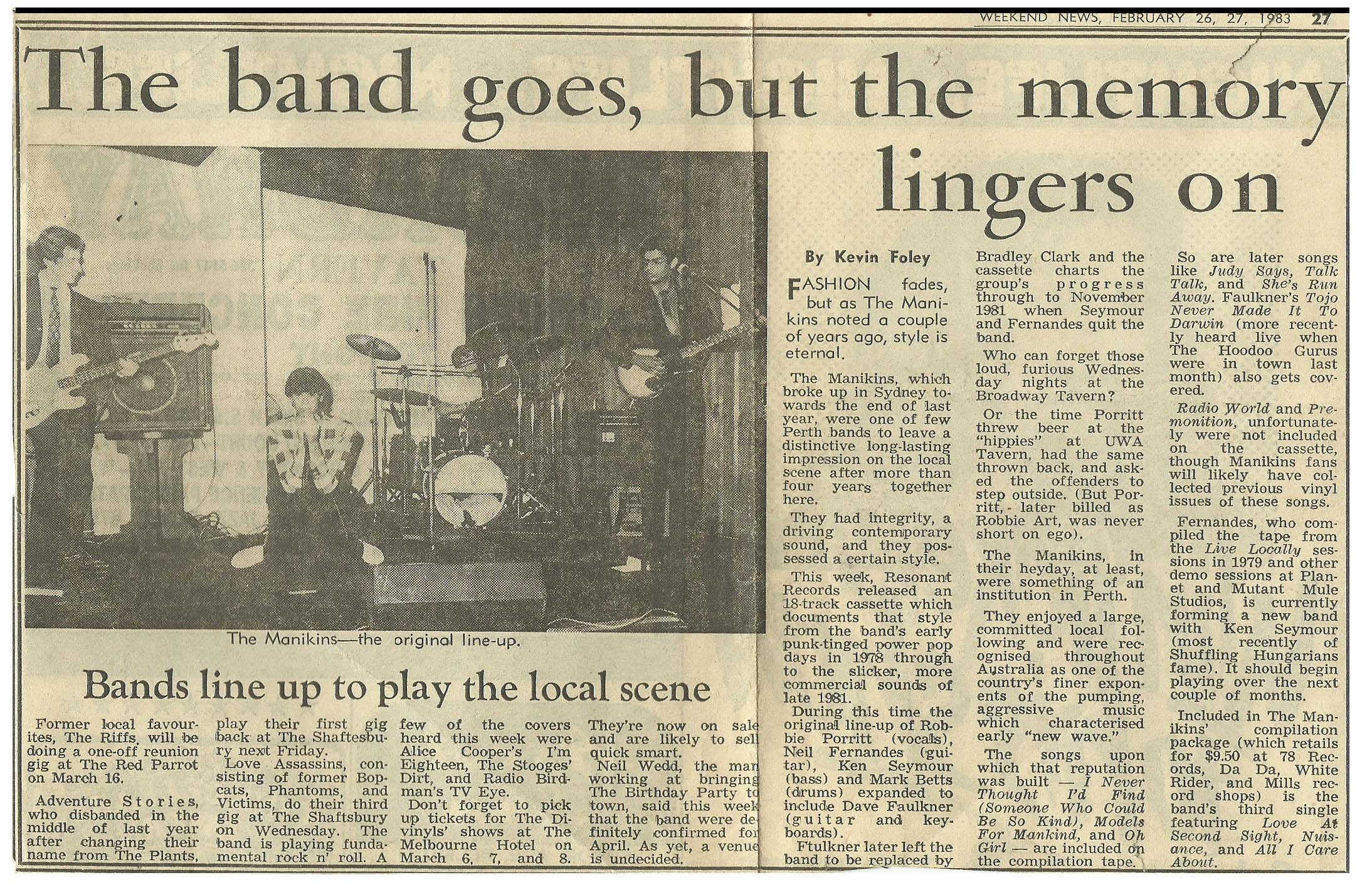 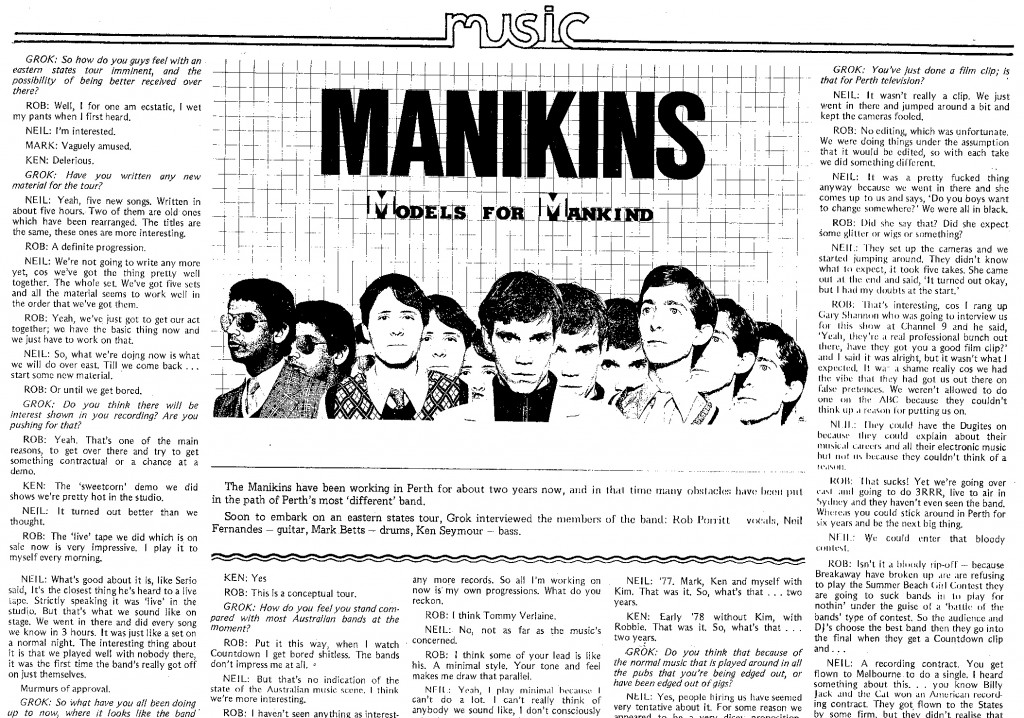 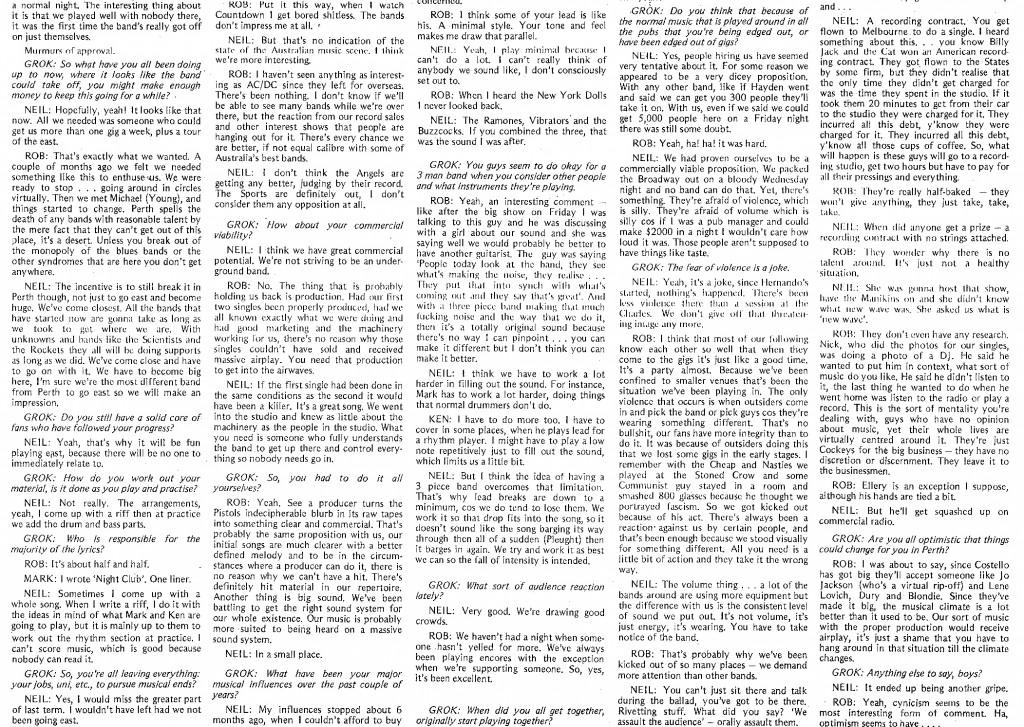